Story of Gardiners of Scotland

Gardiners Dairy Ice-Cream business was established in the 1960s. Tom Gardiner worked, alongside his father Daniel, manufacturing dairy ice-cream from their Fish and Chip shop in Abeygreen, Lesmahagow. The ice-cream was sold in the shop and door to door from their ice-cream vans and at the local agricultural market in Lanark. 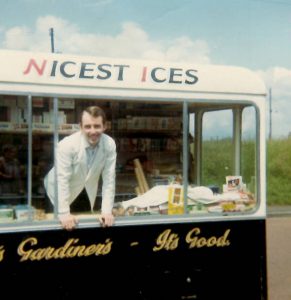 In the mid 70’s, Tom Gardiner took over the reins and purchased a larger Ice-Cream van. Tom attended events such as The Royal Highland Show and The British Open Golf Tournament around the UK and grew the business substantially. In 1977, a small unit in Church Square, Lesmahagow, saw the first production of their own nougat wafers and oysters, this made sense as they were an integral part of the ice-cream trade. Not only were they sold in their own units, but a new market was also created as Gardiners started selling these to other people in the Ice-Cream trade. 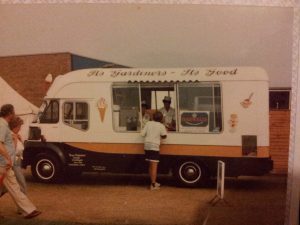 Due to increasing demand, new premises were needed, so the move was made to a larger industrial unit at Turfholm. As well as nougat wafers and oysters being produced, side lines such as frying-pan lollies and toffee-apples were introduced. During the making of the Oyster shells, there was a significant amount of chocolate and coconut left over, which led to the creation of Macaroon bars. Butter tablet was next, and there the confectionery manufacturing began. In 1985 Tom Gardiner Jr. was now working full time alongside his parents. As things were gathering momentum with the confectionery production, the decision was taken to sell off the Ice-Cream portion of the business and concentrate solely on manufacturing confectionery. 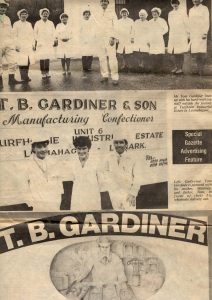 As production, packaging and storage capacity was becoming an issue, larger premises were needed once again, so in the early 90’s more factory units adjacent to the current unit were purchased. Once again, Gardiners expanded their manufacturing potential with Tom Gardiner Jr. introducing new flavored fudges to the process. New packaging ideas were created, and the brand began to come together.

The past two decades have seen Gardiners of Scotland Ltd flourish, manufacturing and distributing their goods world-wide from their premises in Lesmahagow. 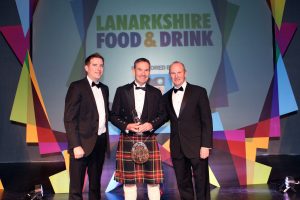