What is a Highball?

Want to impress next time you’re out with friends, especially if you’re in Japan? Order your spirit, Haibo-ru-style. This popular style of drink, also known as a Highball, simply means two parts soda water mixed with one part spirit. It stems from Japanese shochu (a grain-based distilled spirit) drinking traditions, but today, it’s typically a whiskey or Scotch-based drink made with soda water served in a tall glass. 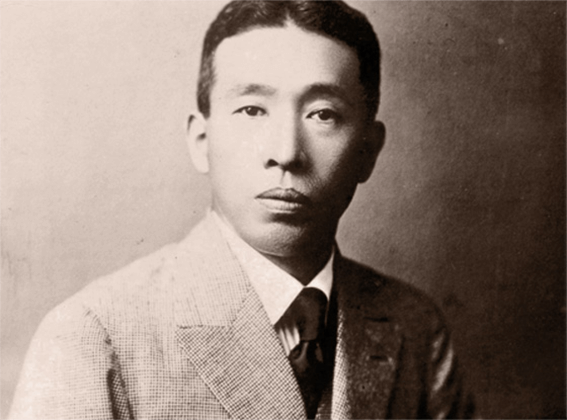 This simple yet brilliantly refreshing tipple has been a go-to in Japan since the 1920s and probably the 19th century stateside when carbonate water and soda fountains became the rage. However, the drink didn’t come into its own in Japan until the 50s and 60s when a chain of bars opened called Torys, founded by Suntory Whiskey’s owner Shinjiro Torii, that featured Whisky Highballs. Today, the drink is so prevalent in Japanese culture you can pick up canned Highballs at convenience stores.

Highballs are some of the simplest types of cocktails you can find. This iconic drink consists of a base spirit and a carbonated beverage, like tonic water, seltzer, or soda. Unlike many other mixed drinks, highballs don’t traditionally contain citrus fruit juice. However, in recent years, some bartenders have made an exception to this rule. The ratio of alcohol to the carbonated beverage will depend on the drinker’s preference, but typically, you can expect a shot or two of the base spirit to be added.

The word “highball” is also used to describe the glass this cocktail is served in. These cocktails are served in narrow, tall glasses filled with ice. You may hear people refer to this cocktail as a “short drink served tall.” A lot of people are unaware that a majority of mixed drinks are actually highballs. Many classic cocktails are categorized as a highball, including Rum and Coke, Scotch and Soda, Gin and Tonic, and Vodka and Seven. Several theories attempt to explain how the highball was invented. In print, it first appeared as the Splificator in The Mixicologist by Chris Lawlor in 1895 and then again in the 1900 version of Harry Johnson’s Bartenders’ Manual. Three decades later, in 1925, bartender Patrick Gavin Duffy wrote to The New York Times claiming he served the first Scotch Highball at New York’s Ashland House for English actor E.J. Ratcliffe. Whether or not he deserves credit for the original Highball, Duffy was an iconic trendsetter in the world of bartending with his 1934 book, Original Mixer Book.

Adding to the tale, around the same time, the infamous wanderer Tommy Dewar, while in a New York bar with friends, ordered a glass of Dewar’s Scotch served high with soda, ice, and lemon.

At least the name Highball, however, is much easier to confirm its origin. It’s a railroad term referring to the ball inside a steam train’s water tank. When it was floating at the right level to give the train enough steam power, the conductor would give a signal: two short and one long whistle to signify the crew. And that’s pretty much the formula for a good Highball cocktail. The concept of getting somewhere fast was translated to the highball cocktail, one of the quickest and easiest drinks to make.

Years later, bartenders would begin mixing Scotch with soda, which would replace the whiskey cocktail as the most popular highball. In 1949, the highball was deemed the “high priest of tall drinks” in Esquire magazine.

Today, there are endless renditions of this old drink, both with and without whiskey. Over time, the highball came to be known as any alcoholic spirit mixed with a carbonated beverage.

The recipe for most highballs is very straightforward. But that doesn’t mean you can’t have some fun and play around with your ratios.

The alcohol to carbonated beverage ratio for your average highball is usually about 1:2. You can easily stretch this out and use a 1:4 ratio. This will lower the alcohol content of the drink by about 5%.

When you reduce the ratio to 1:4, your highball becomes a more casual, sipping drink than an intense cocktail. Like this, you can enjoy your highball as if it were a glass of beer or wine.

The whiskey highball is one of the most famous cocktails that involve whiskey. It’s also one of the most delicious. Originally, this cocktail was mixed with soda water in the late 1800s, but it is now mostly made with ginger ale. All you need to make this drink is some whiskey and ginger ale. The soda’s sweet flavor and fizzy texture are a perfect accent to whiskey.

You don’t even have to mix them together like you would for a traditional cocktail. The carbonation of the ginger ale will naturally mix in with the alcohol of the whiskey. Any type of whiskey can be turned into a highball. Whether you’re a fan of blended, Bourbon, Canadian, or rye, they all blend very well with ginger ale.

The Gin and Tonic

This is another storied cocktail with centuries of history behind it. The gin and tonic is a refreshing drink, ideal for hot summer days on the patio or beach. The tonic provides a bitterness that complements the botanical notes of the gin. It really helps bring out the flavors of the juniper.

To make this drink, use two ounces of gin for every can of tonic water. You can play around with the ratios, but this is a good starting point. Garnish your drink with a lemon or lime wedge.

A fun feature of this cocktail is that it glows under black light. The tonic water literally helps this drink shine. If you’re in a nightclub with this drink, expect some jealous stares from others.

The key to a great highball is simplicity. And it doesn’t get much simpler than the 7 & 7. This mixed drink utilizes two ingredients: Seagram’s 7 Crown Whiskey and 7up lemon-lime soda. Unlike other cocktails, this drink calls for specificity in its ingredients. Don’t try to substitute either of them, or else you’ll ruin the recipe.

It feels like this whiskey and this soda were made for each other. The smooth, creamy texture of the whiskey, mixed with the spritz, sweet taste of the 7up, is a match made in heaven. This cocktail is known as an energy booster. If you’re out drinking and feel yourself start to burn out, this is the drink to have.

Who would’ve thought such a simple recipe could pave the way for so many great cocktails? Without a doubt, a highball is one of the most influential styles of mixed drinks in the world.

If you consider yourself a cocktail connoisseur, you’ve probably already had a highball before and don’t even know it. One of the biggest appeals of this drink is that you can make it easily from the comfort of your home. You don’t need any fancy bartending skills or equipment to create a delicious highball.