As is often the case in men's fashion, the origins of the Chukka boot can be traced back to both the military and sport. The term 'chukka' comes from polo. In polo, a chukka (or 'chukker') is a seven-minute period of play, and a polo match typically consists of four to eight chukkas/chukkers. In India the term 'chukkar'—which in Hindi means 'circle' or 'turn'—can roughly be translated into a 'casual stroll', which is fitting for a boot that can be considered the halfway point between more formal leather shoes and casual sneakers. It's believed that the Chukka boot acquired its name because its similar appearance to the boot worn by polo players, the Jodhpur boot, which itself shares a resemblance to the Chelsea boot. But while Chukkas were identified with the sport of polo, the boots made specifically for polo are different enough in their design from chukkas that it's unlikely chukkas were ever worn to actually play polo. They were, however, worn by polo players after matches because of their comfort. 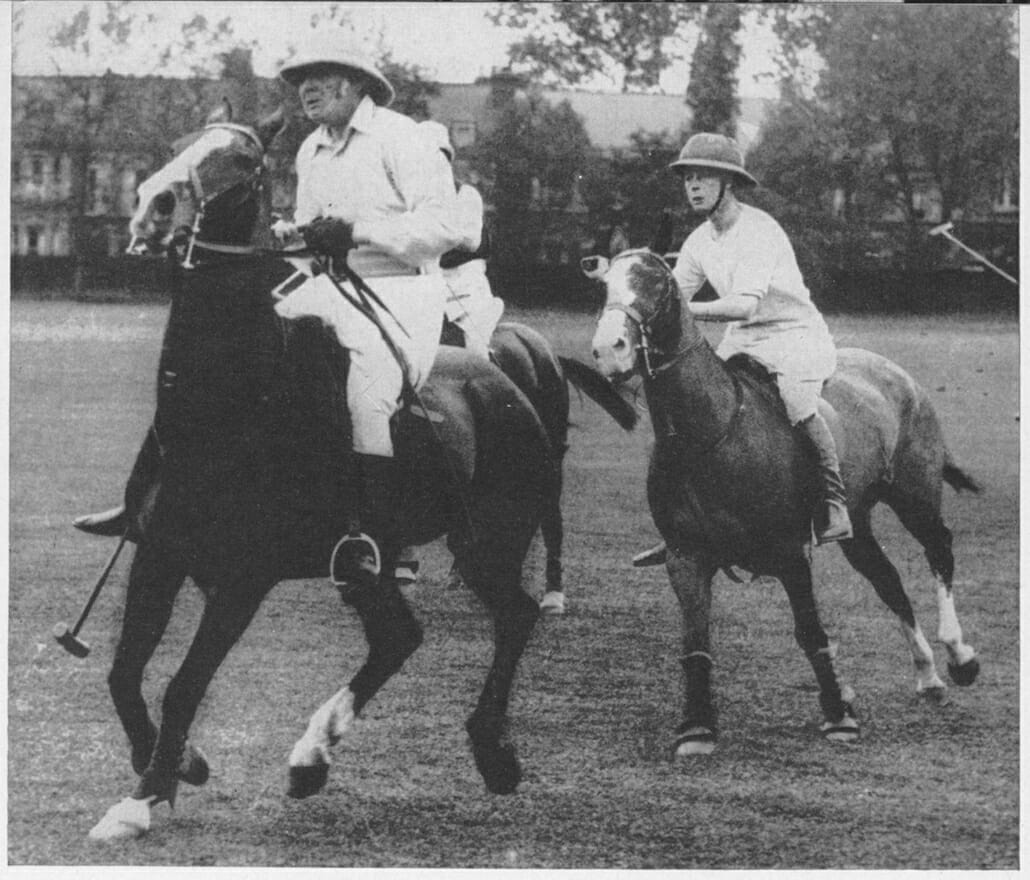 The Chukka was probably first worn in India by off-duty soldiers. Eventually, the theory goes, the Chukka made its way west to North America, where the Duke of Windsor became involved. He wore Chukka boots in the United States back in 1924, one of the first high-profile appearances of the shoe. Chukka boots were designed to provide both comfort and a certain amount of style, and it was precisely because of these two qualities that they became extremely popular in the 1940s and 1950s. Chukka boots were considered a comfortable alternative to be worn as both casual and dress boots. 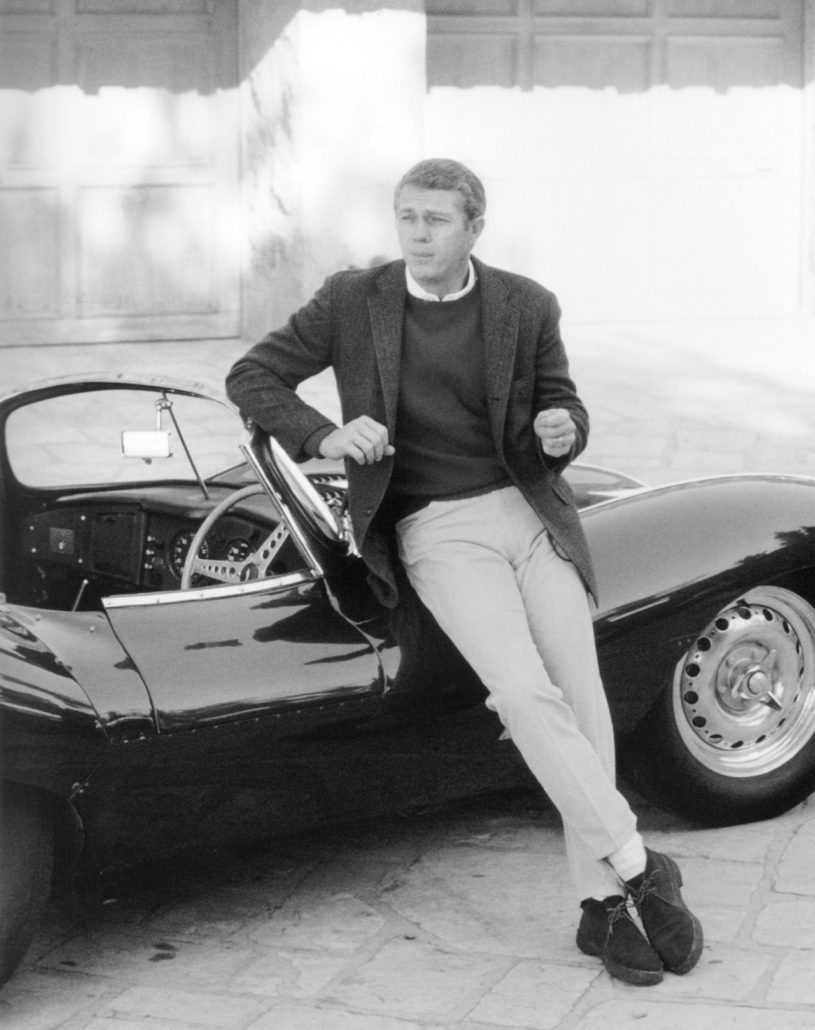 Because there are so many varieties, it is not always entirely clear what a real Chukka boot is and what is not. In general, however, a Chukka boot has the following features:

In 1941, while deployed to Myanmar, Nathan Clark, the great grandson of James Clark (the creator of the shoe company Clarks), noticed the chukka boot variation with crepe soles and sent sketches back home. Originally, they were commissioned as a lightweight and comfortable boot with rubber soles and sand colored leather to be worn by soldiers in their downtime. At the time, the suede uppers and crepe sole were associated with footwear only lower classes would wear, and so the Clarks Desert boot was not launched until 1950. Over 70 years later, it is probably the most common version of the Chukka boot. 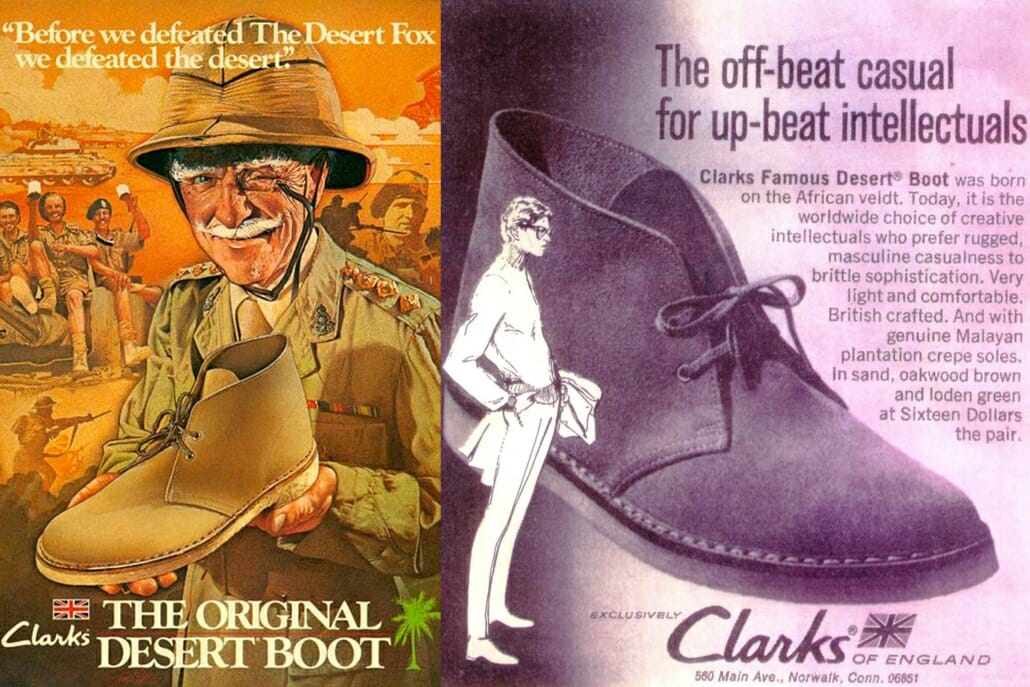 Chukka boots today have become far more versatile than the originals and have been stylized to suit the times. The differences in the finer style details of the boot today determine whether they are right for business or leisure. 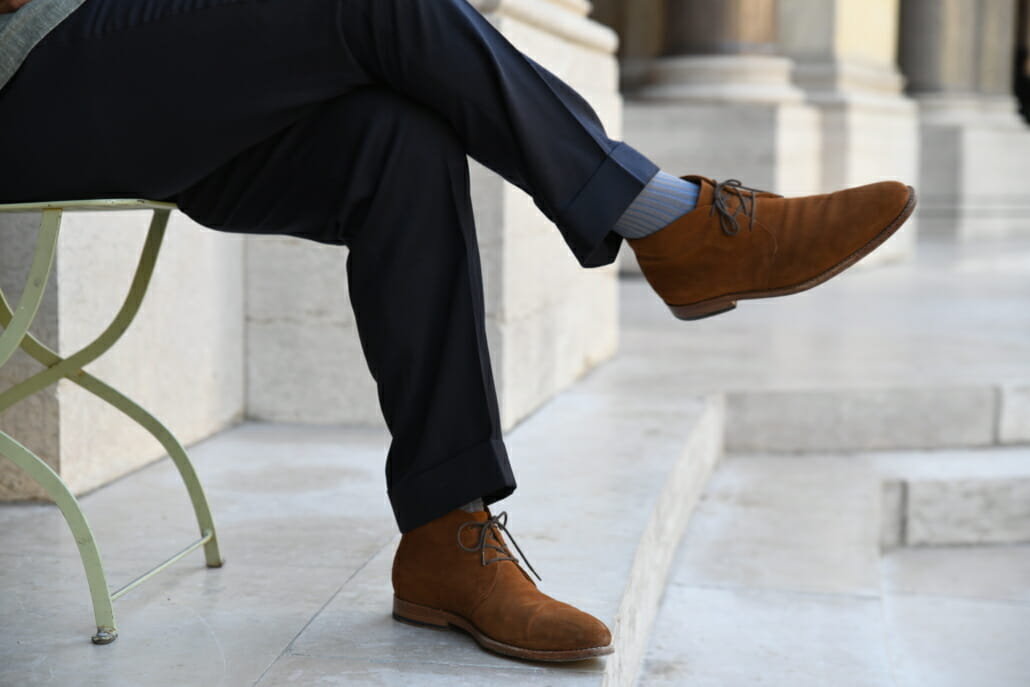